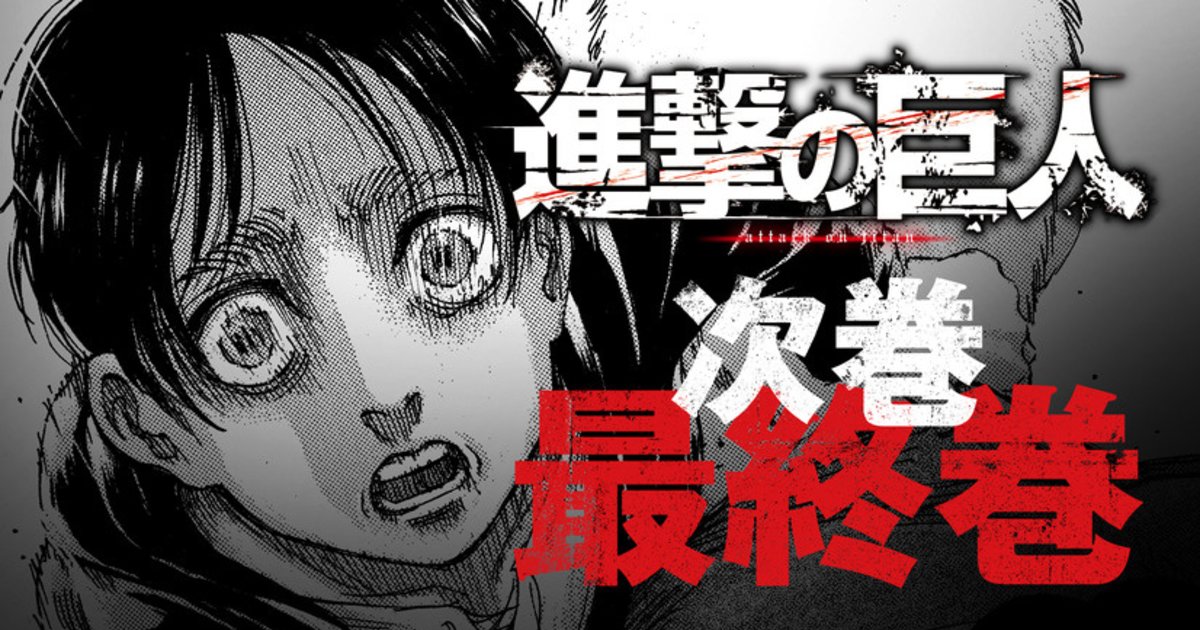 Created by Isayama Hajime, the series has been running in Bessatsu Shonen Magazine since 2009, with its final chapter to be released in the May issue. Meanwhile, the final volume of the collected manga, volume 34, will hit shelves in Japan on Jun. 9.

Attack on Titan is set in a world in which the last remnants of humanity live behind giant walls to protect themselves from man-eating giants known as Titans.

In 2013, it was adapted into a TV anime series, with the fourth and final season currently airing. A two-part live action movie adaptation was also released in 2015.

How Not to Summon a Demon Lord Season 2 Releases Main Visual!
The Slime Diaries: That Time I Got Reincarnated as a Slime Reveals Visual & 2nd PV!
Pokémon Legends: Arceus Open World RPG to Be Released in Early 2022!
Demon Slayer: Kimetsu no Yaiba Movie Gets Seven-Day US Run From February 26!
Hatsune Miku to Get “Mikuverse” With Animated Series and More!