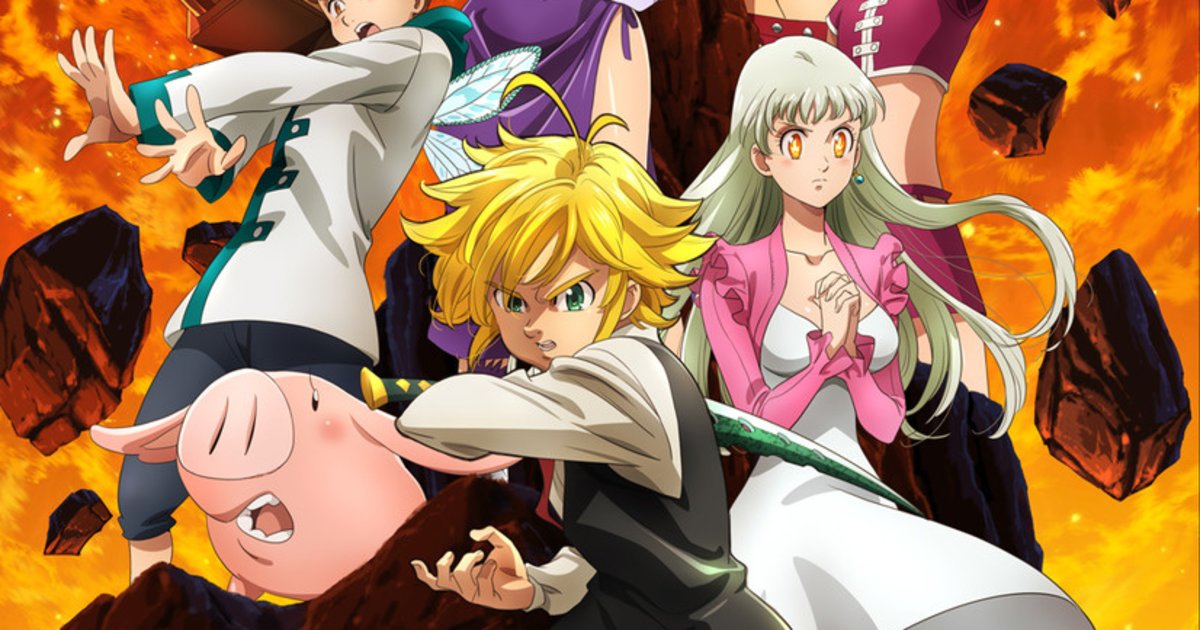 The final arc of The Seven Deadly Sins TV anime, Dragon’s Judgement, is now set to air in January next year!

The broadcast had previously been delayed due to the coronavirus pandemic.

The show has also released a teaser visual featuring Meliodas, Elizabeth, Hawk, and the remaining members of the titular Seven Deadly Sins.

Adapted from the manga by Suzuki Nakaba, the TV anime will come to a close with Dragon’s Judgement, as the legendary rebels pursue their destiny.