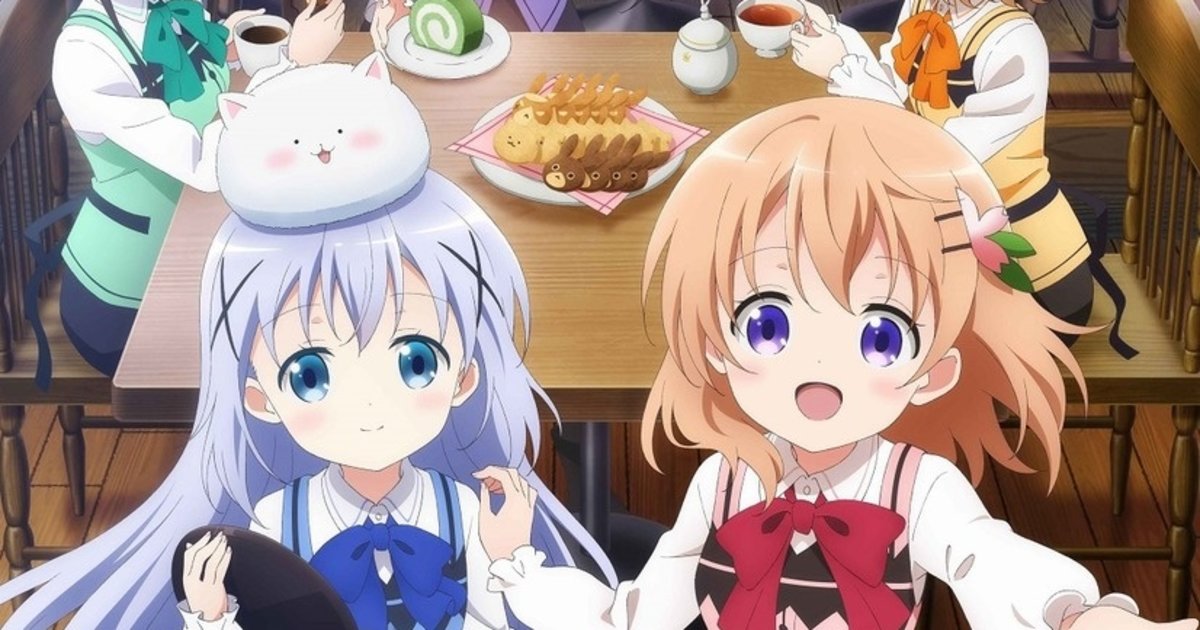 As well as fan favorites from the previous seasons, the visual features Mate Rin, a new addition to Rabbit House played by Kimura Juri.