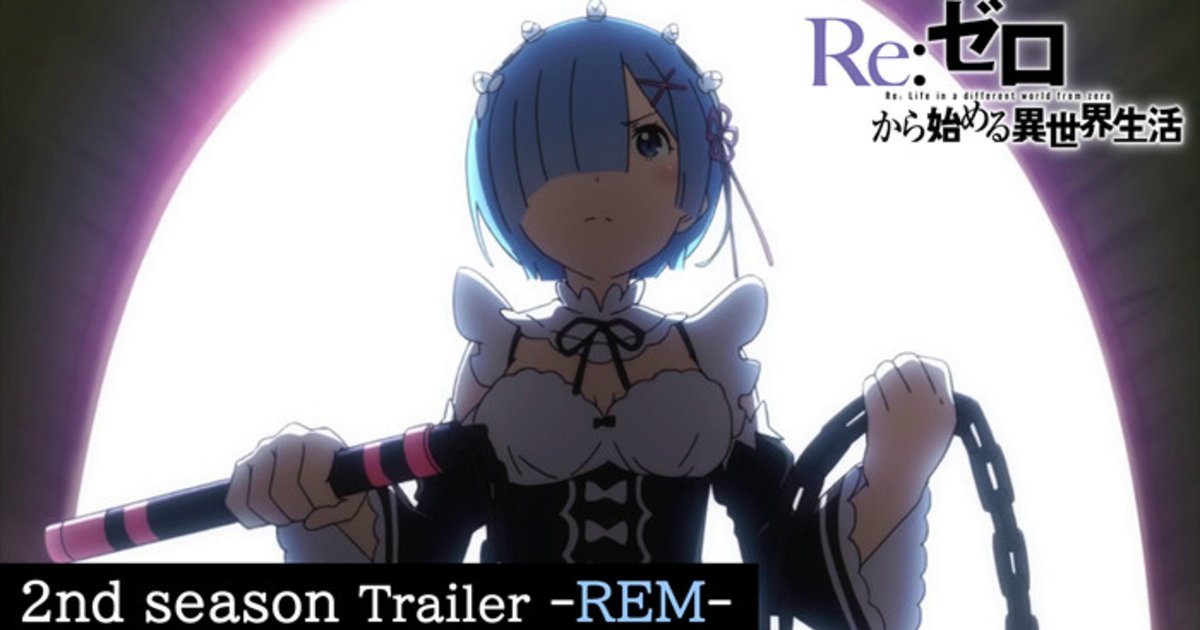 Based on Nagatsuki Tappei’s light novel series, Re:Zero follows Subaru, an ordinary guy who finds himself summoned to another world. There, he discovers that he has the ability to rewind time by dying.

The Rem and Ram trailers are part of a series of character PVs released via the Kadokawa Anime Channel. The Subaru trailer is scheduled to drop at midnight on Wednesday.