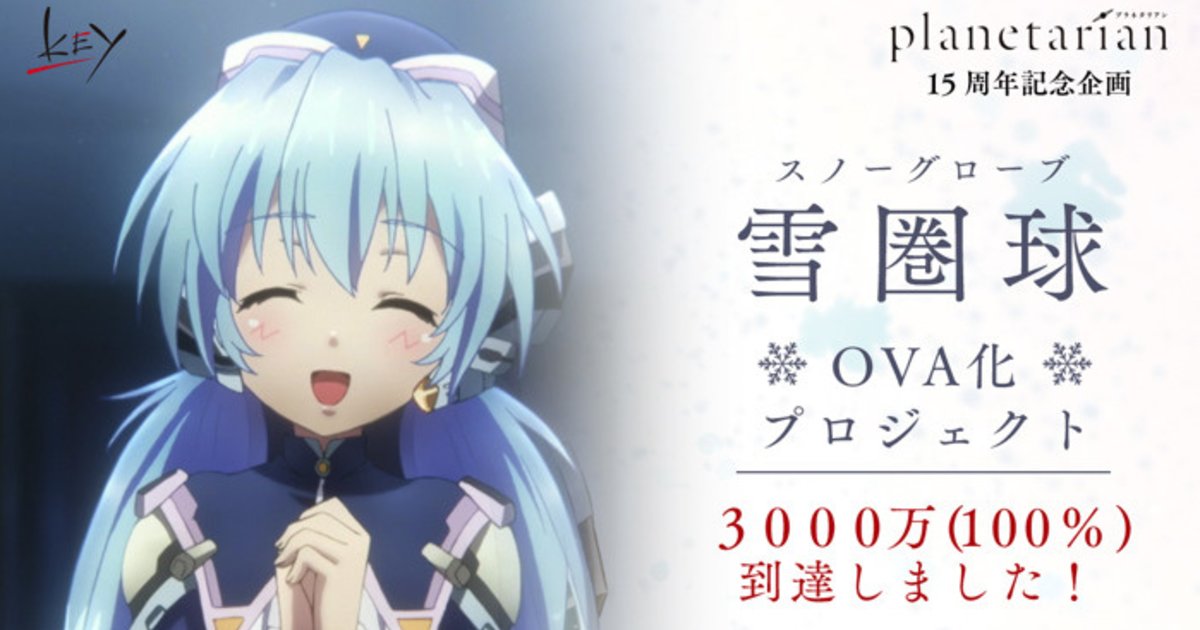 The crowdfunding campaign for a new OVA adapting Key’s visual novel Planetarian: The Reverie of a Little Planet has achieved its crowdfunding goal of 30 million yen!

Celebrating its 15th anniversary this year, the original game was released on Nov. 29, 2014. An original net animation of the same name and an anime movie titled Planetarian: Storyteller of the Stars followed in 2016.

The upcoming OVA, to be titled Planetarian~Snow Globe, is a prequel to the main story. Inspired by one of the light novel adaptations by Suzumoto Yuichi and Komatsu Eeji, it takes place in a world where humanity is witnessing the demise of the much anticipated Space Exploration Project. Hoshino Yumemi, a companion robot at the planetarium in the Flowercrest department store, ignores her orders and abandons her post to fulfil a promise made 10 years previously.

Tsuda Naokatsu, who directed the previous anime adaptations, will serve as supervisor while Takechi Hitomi will handle character design, and Yasukawa Shougo the scripts. It will be animated by Studio Okuru to Noboru.

The crowdfunding campaign is still underway and has also announced a stretch goal of 40 million yen. If achieved, it will allow the creative team to increase the length of the OVA.