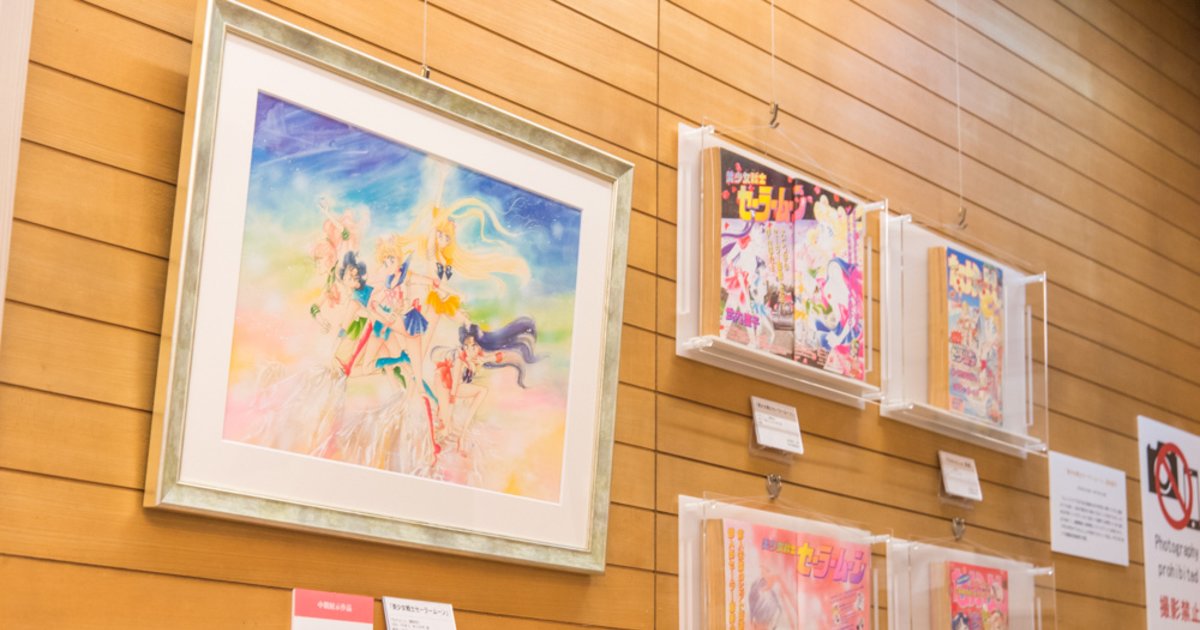 Shojo manga magazine Nakayosi is celebrating its 65th anniversary with an exhibition at Tokyo Yayoi Museum running from Oct. 4 to Dec. 25, 2019. TOM was given the opportunity to visit as part of a special press viewing, and we’ve put together a brief photo report to show you around the exhibition space.

※Color originals will change throughout the exhibition to preserve the materials, so you may see different pieces from the ones featured in this article depending on when you visit.

These days, Nakayosi features illustrations on its cover, but originally they used photos of popular idols such as Keiko Kondo and Kurumi Kobato.

▲These lively, colourful covers are super stylish even now.

▲Cover from 1969 featuring an illustration of a cute girl by Tamura Setsuko.

In the second half of the 1960s, the magazine branched out from romantic comedy with occult/suspense series gaining popularity. Ryoko Takashina’s Jigoku de Mesu ga Hikaru and Chimamire Kannon (Story by Masashi Yokomizo) gave fans the chills with their delicate touch and elegant artwork. Definitely get in close and have a good look!

Yuriko Abe’s Wankorobe began publication in 1976 and is still going today as the magazine’s longest running series. Thanks to the exhibition, you can compare original art from the beginning of the run in 1976 and from 2000 and see how it changed over 24 years, or perhaps in your eyes it hasn’t changed at all.

▲Precious artwork from early in the run of Wankorobe

Shizue Takanashi’s Hello! Spank (Story by Shunichi Yukimuro) began in 1978. There are many other pieces in the exhibition featuring beautifully drawn characters, but these really strike you with their casual pop style.

▲There is also a lot of merchandise on show. The bright and soft colors are just lovely.

There is also an area dedicated to Yu Asagiri who passed away last year featuring several of her most popular series including Kocchi Muite Love! and Aitsu ga Hero.

Nanairo Magic’s selling point is its soft, watercolor-like style. The original artwork featuring different materials like ribbons and craft paper was attracting a lot of attention.

It’s Naoko Takeuchi’s Sailor Moon, however, which is the genre’s definitive work. You really need to get down to the exhibition space to see the beautiful original artwork featuring the five Sailor Soldiers.

The amount of detail in CLAMP’s Magic Knight Rayearth is overwhelming. The tone really comes through too.

CLAMP’s Cardcaptor Sakura upped the stakes with its gentle touch. The plants in the background appeal to young girls’ hearts.
(The exhibition also includes artwork from the Clear Card Arc which began in 2016. )

Familiar in Japan as the face of Sunday mornings, reproduction artwork from Futago Kamikita’s PreCure precursor Pretty Cure(Story by Izuimi Todo) is also on display. In comparison to the currently running Star Twinkle PreCure, the simple style makes a strong “fighting girl” impression.

When you’ve finished looking around the exhibition, you need to head to the merchandising corner where a selection of items featuring the illustrations are available for purchase. There are a lot of easy-to-carry, reasonably priced goods too such as clear files and posters.

Those of you in Tokyo, and those hoping to visit, definitely get down to the Nakayosi exhibition!

＊Reproduction Artwork and Art Book Available on the TOM Shop

Right now on the TOM Shop you can treat yourself to an art book featuring some of the artwork on show at the exhibition. Take a peek inside:

Head to the Nakayosi page on the TOM Shop for the full details:
https://otakumode.com/shop/pickup/nakayosi65

Exhibition Period
October 4th (Fri) ~ December 25th (Wed) JST
*Closed on Mondays
However, open on November 4th (holidays on Mondays),
closed on November 5th (Tue)
*Original color art piece exhibitions will change to preserve the art pieces.
Only the original art pieces will be changed between the early, middle and late phases. The
composition of the venue and the featured artists will remain the same.

NANCY DREW is Dead – And the HARDY BOYS are on the Case This April
DAMON GUPTON Exits BLACK LIGHTNING
WATTERSON, BECHDEL, HECK, SIMONSON, More Nominated for EISNER HALL OF FAME
10 Surprises From MARVEL COMICS’ April 2020 Solicitations
BATMAN’s Newest Foe is PUNCHLINE – and She May Have a JOKER Connection