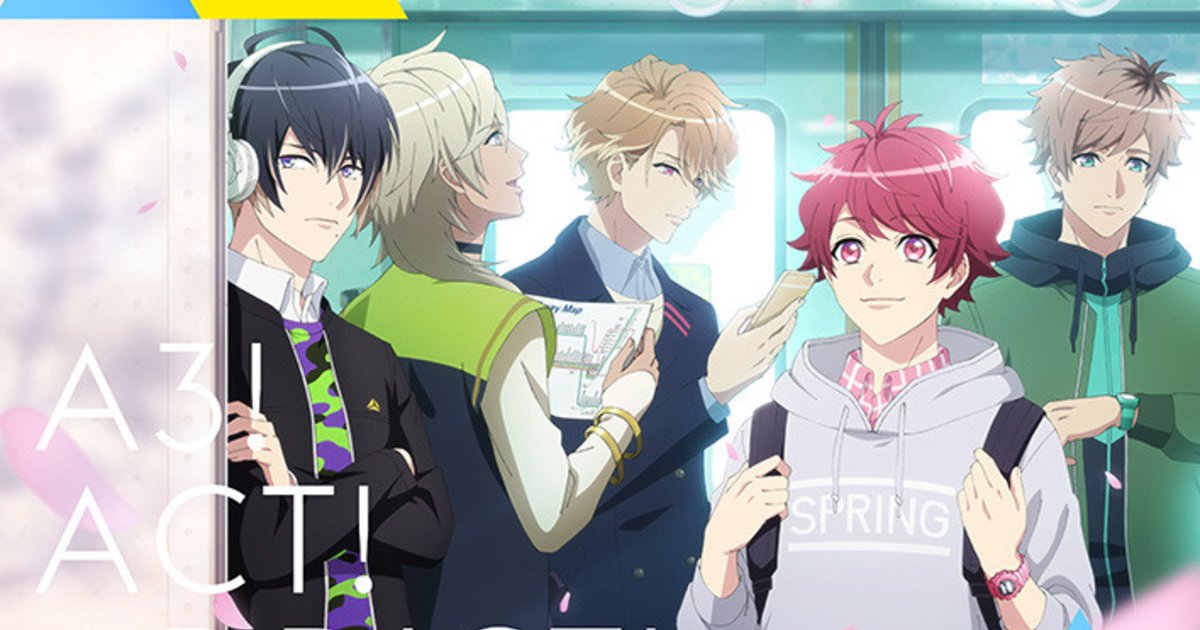 In-game unit A3ders! will sing the opening theme song, “Act! Addict! Actors!”. Composed by Oishi Masayoshi, who also worked on the original game, it will be released as a single on Feb. 5.

A3! is based on the popular “ikemen-raising” smartphone game of the same name, which puts players into the shoes of the new president of a once-renowned theater company. Her mission is to recruit handsome actors and produce stage plays in order to bring the theater back to its former glory. Before the anime, a manga and several stage play adaptations had also been produced.