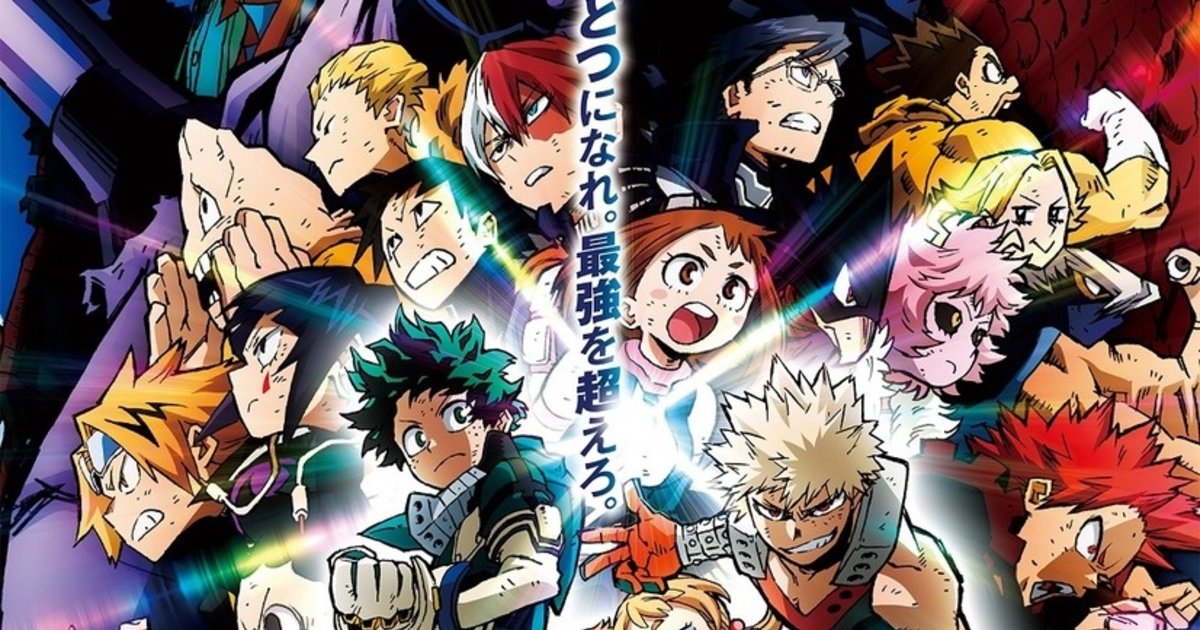 In addition to these familiar faces, the visual also features two characters created for the movie, as well as Hawks, a pro hero who will be making his first appearance in the series on the big screen.

Originally created by Horikoshi Kouhei and currently running in Weekly Shonen Jump, My Hero Academia is set in a world in which possessing superpowers known as “Quirks” is the norm. The series follows Midoriya Izuku (known as Deku), a Quirkless student of superhero academy U.A. High School.