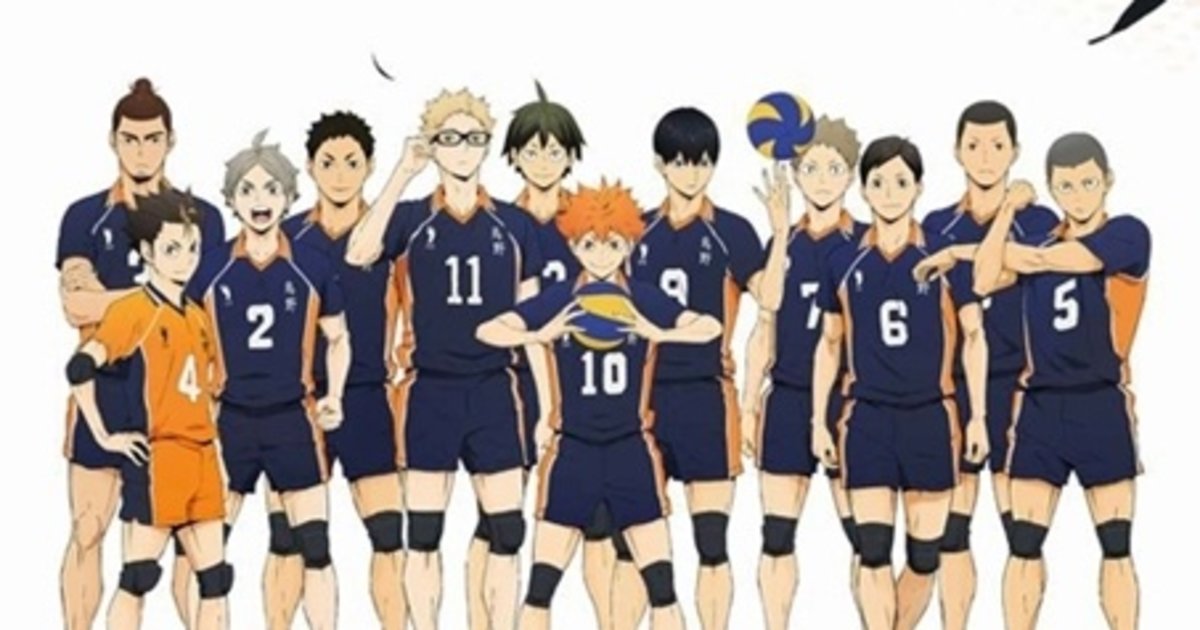 Season 4 of popular volleyball anime Haikyu!! will be titled “To the Top”!

A visual of Karasuno High’s latest team lineup has been released along with the announcement of two new cast members: Hanae Natsuki as Hoshiumi Kourai of Kamomedai High, and Miyano Mamoru as Miya Atsumu of Inarizaki High.

The original Haikyu!! manga was created by Furudate Haruichi and first began serialization in Weekly Shonen Jump in 2012. Drawing in readers with its dynamic match scenes and entertaining cast of characters, it made the jump to anime in 2014, and was followed by a second and third season in 2015 and 2016.

The fourth season will follow Kageyama as he attends the All Japan Youth Training Camp where he meets a series of new rivals and challenges.