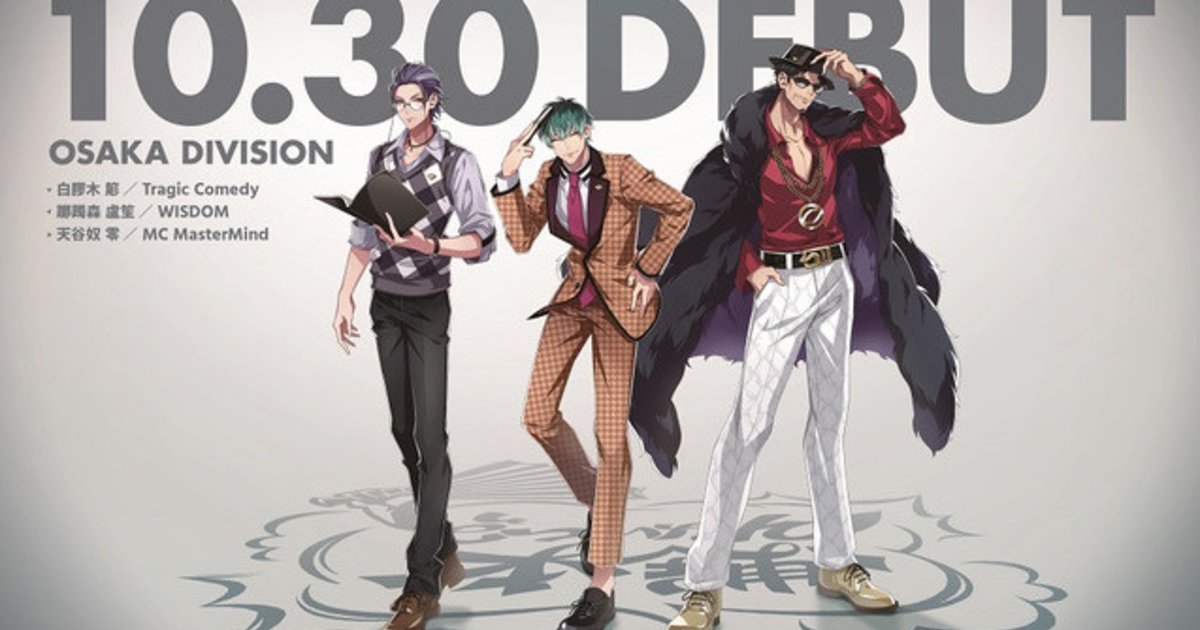 The group consists of Nurude Sasara (played by Iwasaki Ryouta), Tsutsujimori Roshou (Kawanishi Kengo), and Amayado Rei (Kuroda Takaya). Their official debut will be through a CD set to launch on Oct. 30.

Hypnosis Mic is a popular franchise set in a world where war is waged not with weapons, but words. At the project’s beginning in Sept. 2017, it focussed on four main units named Buster Bros!!!, MAD TRIGGER CREW, Fling Posse, and Matenrou, each controlling and fighting for their own territory.