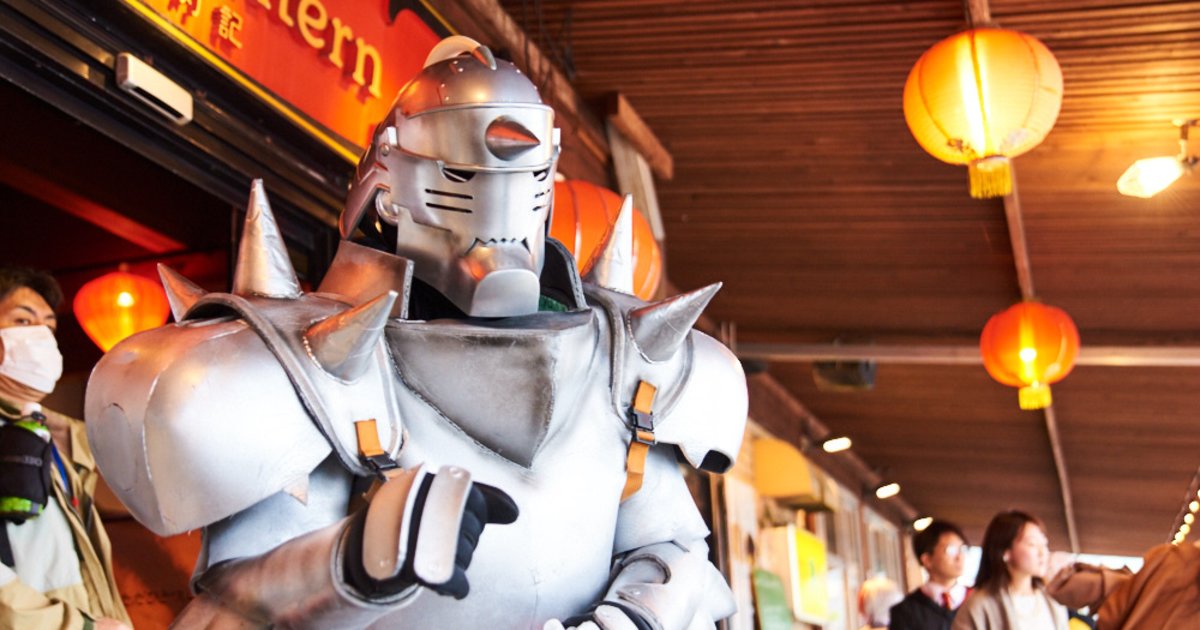 Charamel Pop Nagasaki is a cosplay event which took place in Nagasaki, Kyushu, on March 9 and 10, 2019.

As an important trading center, Nagasaki has a long history of international exchange. In the Middle Ages it was Portugal, and then the Netherlands a little later, but Nagasaki has always been one of the primary places from which Western culture arrived in Japan.

Nagasaki’s nighttime skyline is known throughout the world and was named one of the “World’s new top three night views” along with Monaco and Hong Kong at the Night View Summit 2012.

The prefecture also has deep ties to the anime world as the setting for P.A. Works’ Iroduku: The World in Colors which was broadcast from October to December 2018.

Of course, it’s also home to the Charamel Pop Nagasaki cosplay convention which we’ll be reporting on!

The first stop on the first day of the event (March 9) was the cosplay train collaboration with JR Kyushu, Charamel Pop-go. The cosplay train departs from Nagasaki Prefecture’s second city, Sasebo. We co-opted the station platform for some photography before the train set off.

The cosplay event is a truly global affair with fans from all over the world taking part.

After the train set off for Nagasaki, we made a stop at Huis Ten Bosch station. Huis Ten Bosch is a theme park in Sasebo modelled after a traditional Dutch town.

Then, after a little more than an hour, the train pulled into Nagasaki.

In the evening, the Charamel Party took place at Dejima Wharf in the Nagasaki port area and featured a karaoke stage and a luxury prize giveaway as well as offered an opportunity for international exchange.

The party was a truly international affair with many cosplayers from overseas in attendance.

Meanwhile, over at Nagasaki Prefectural Art Museum, voice actor Showtaro Morikubo who plays Shikamaru Nara in Naruto and Honda/Goro Shigeno in Major, took part in an onstage discussion bringing the first day to a close.

Sadly, the second day (March 10) was rainy, but a cosplay photoshoot at some of the area’s prominent tourist spots still went ahead.

Nagasaki Prefectural Art Museum is a modern art gallery which opened in 2005. The building has received praise not only in Japan but also in Italy and is well regarded internationally for its striking design. It exhibits many pieces of Spanish art.

The Kanko Maru is a warship presented as a training vessel by the Dutch in 1885 to the Tokugawa Shogunate. The original was demolished in 1876 and this replica built in 1987. The replica was subsequently used in the 2010 taiga drama, Ryomaden. It still operates for sightseeing cruises.

The Confucius Shrine is a mausoleum dedicated to the Chinese philosopher of the spring and autumn era, Confucius. The shrine was built by the Manchu government and the Chinese community in Japan in 1893 and is overflowing with traditional Chinese art.

That’s not to forget Kofuku-ji or the Urakami Tram Depot!

Cosplayers from all over Kyushu participated in the second day of the event. Nagasaki is not only well known as one of the “World’s new top three night views,” but has also become a destination for anime fans thanks to Iroduku: The World in Colors. If you fell in love with the beautiful artwork of Iroduku, make sure you pay Nagasaki a visit on your next trip to Japan. Those anime streets really exist and you can find them here!

This is a Tokyo Otaku Mode original article by Kuromiya M. with photography by Takemori S.