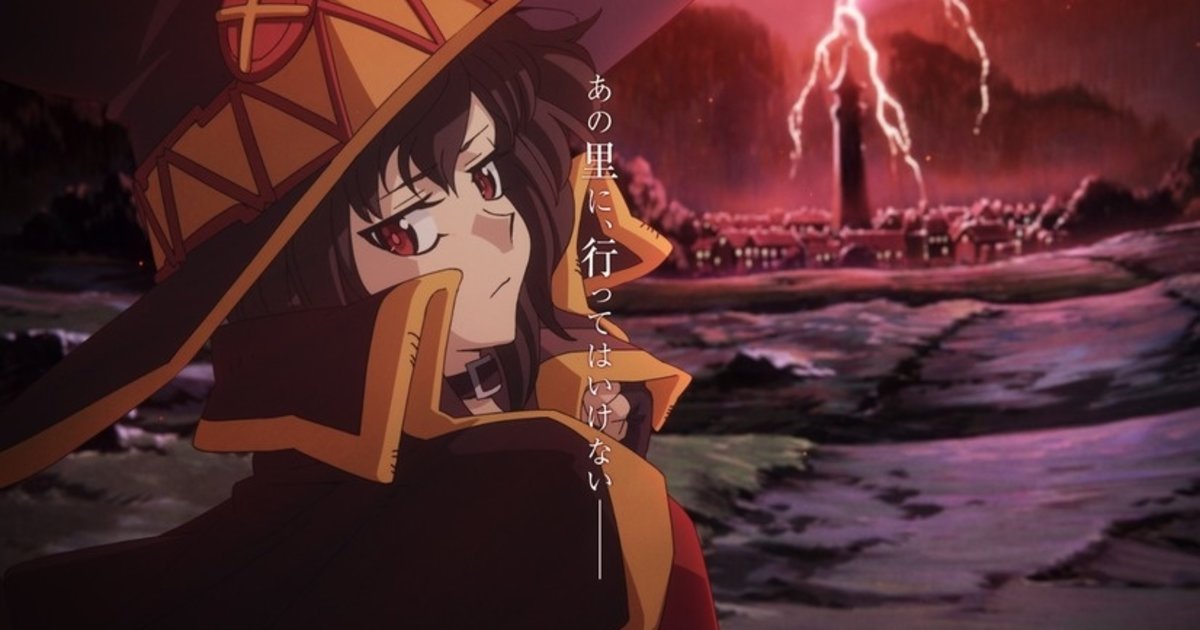 Comedy series KonoSuba will be heading to the big screen next year, and it’s teasing the adventures to come with a short video!

Beginning as a series of light novels written by Akatsuki Natsume, the TV anime adaptation of KonoSuba aired its first season in 2016 with Season 2 following a year later. After being adapted into a TV anime in 2016 with a second season following in 2017, the franchise’s first movie, Kono Subarashii Sekai ni Shukufuku wo! Kurenai Densetsu, was officially announced in Jun. 2018. It will bring back Kazuma and his party members but has yet to reveal further plot details.

The movie will be headed by the same creative team as the TV anime including director Kanasaki Takaomi, series composition by Uezu Makoto, character design by Kikuta Kouichi, and music by Kouda Masato with J.C.Staff handling production. The cast will also return with Fukushima Jun as Kazuma, Amamiya Sora as Aqua, Takahashi Rie as Megumin, Kayano Ai as Darkness, Horie Yui as Wiz, and Toyosaki Aki as Yunyun.