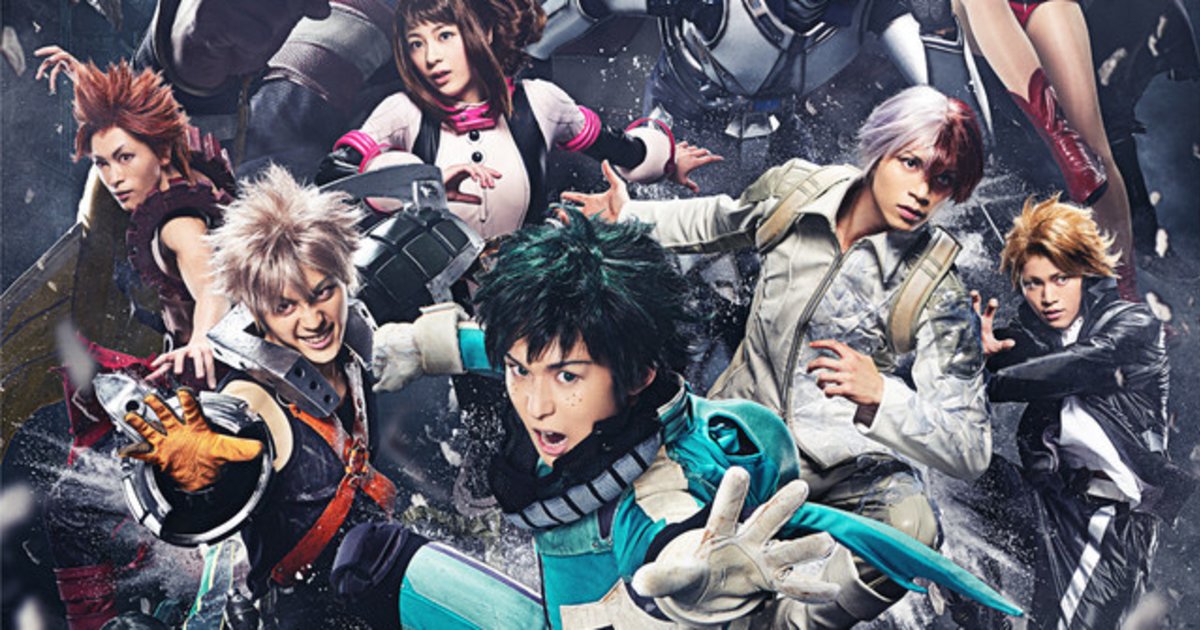 Superhero manga My Hero Academia will be heading to the stage next April and the producers have now released info on the complete cast along with an epic visual!

Tamura Shin will play protagonist Midoriya Izuku alongside Kobayashi Ryouta as Bakugou Katsuki, Takeuchi Yume as Uraraka Ochako, Ino Hiroki as Iida Tenya, Kitamura Ryou as Todoroki Shouto, Hayashi Tsuyoshi as All Might (True Form), and Iwanaga Hiroaki as All Might (Muscle Form).

Motoyoshi Tsuneyasu will direct and the script will be written by Nishimori Hideyuki, with Wada Shunsuke handling the music and Umebo the choreography.