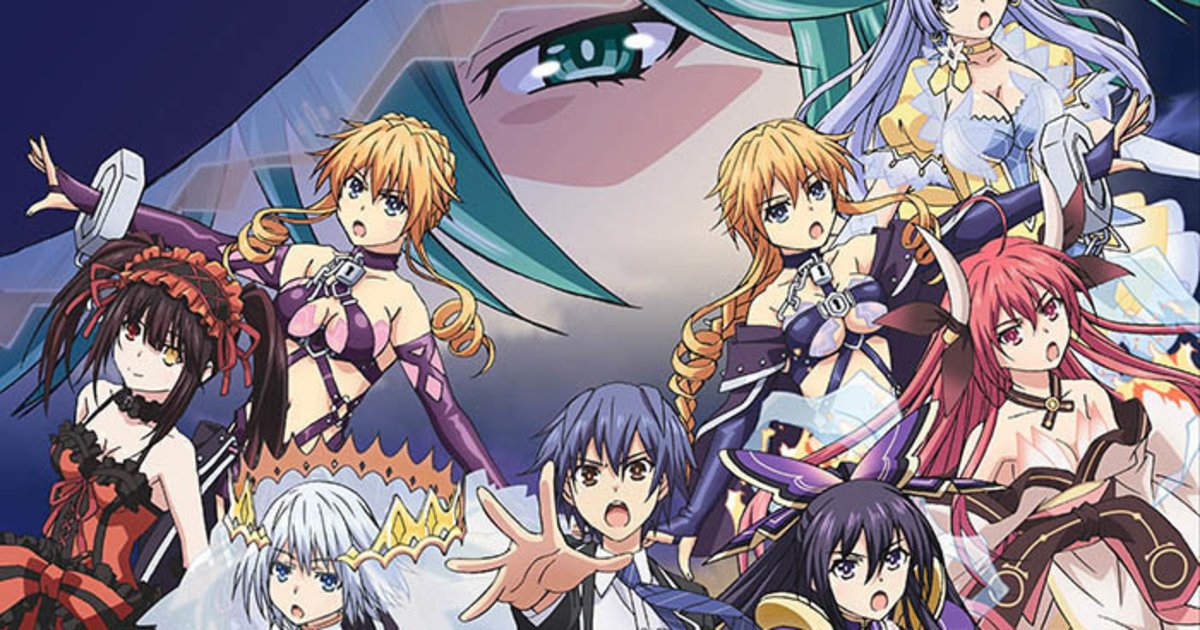 TV anime Date A Live has released its key visual for Season 3! Protagonist Itsuka is surrounded by the girls in an illustration that features its greatest amount of heroines yet, setting the tone for what’s sure to be another fun season.

Based on the light novel series written by Tachibana Koushi and illustrated by Tsunako, Date A Live follows high school boy Itsuka Shidou, who proves unexpectedly irresistible to extraterrestrial spirits set on causing chaos on Earth.

The series has already been adapted into an anime twice and had a movie, and the latest season is now less than a month away. In the meantime, there’s also the a special event to look forward to featuring a screening of the past series and an appearance by the cast.