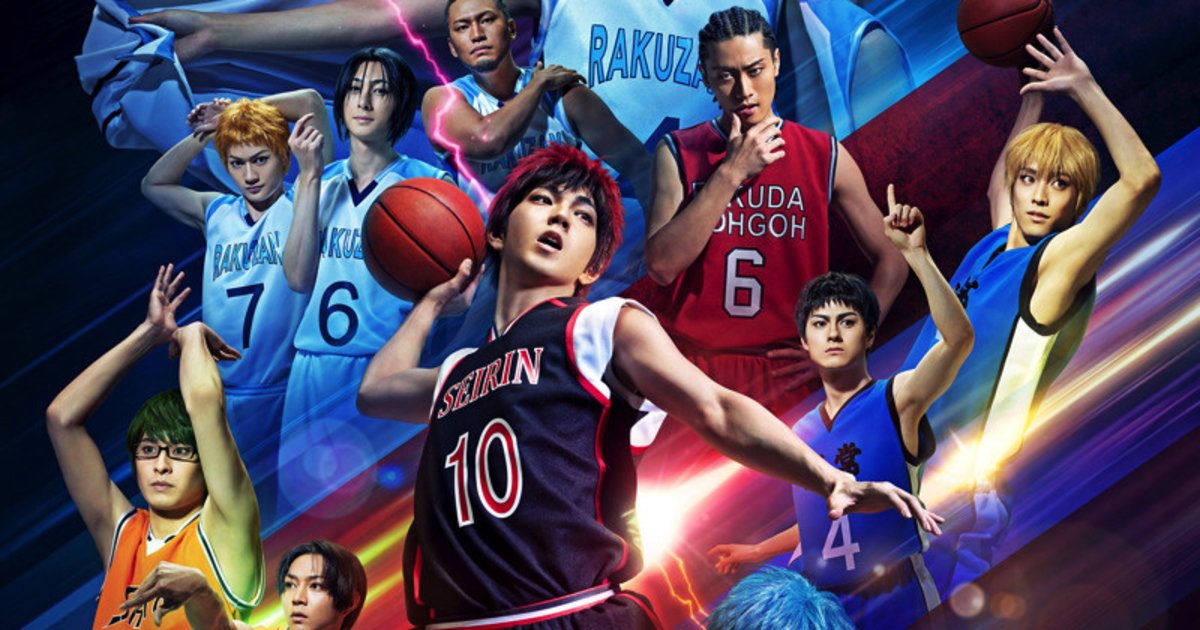 Inspired by Fujimaki Tadatoshi’s popular sports manga, Ultimate-Blaze is planned to be the concluding chapter in a series of
Kuroko’s Basketball stage adaptations which began with The Encounter in 2016 and continued with Over-Drive in 2017, and Ignite-Zon in 2018.

The key visual stars Seirin High’s “Shadow”, Kuroko Tetsuya (played by Ono Kenshou), alongside its “light”, Kagami Taiga (Asato Yuya), with the rival teams from the Winter Cup looming over them in the background.

Kuroko’s Basketball: Ultimate-Blaze will be performed from Apr. 30 to May 19, 2019 at venues in Osaka, Aichi, Tokyo, and Fukuoka.