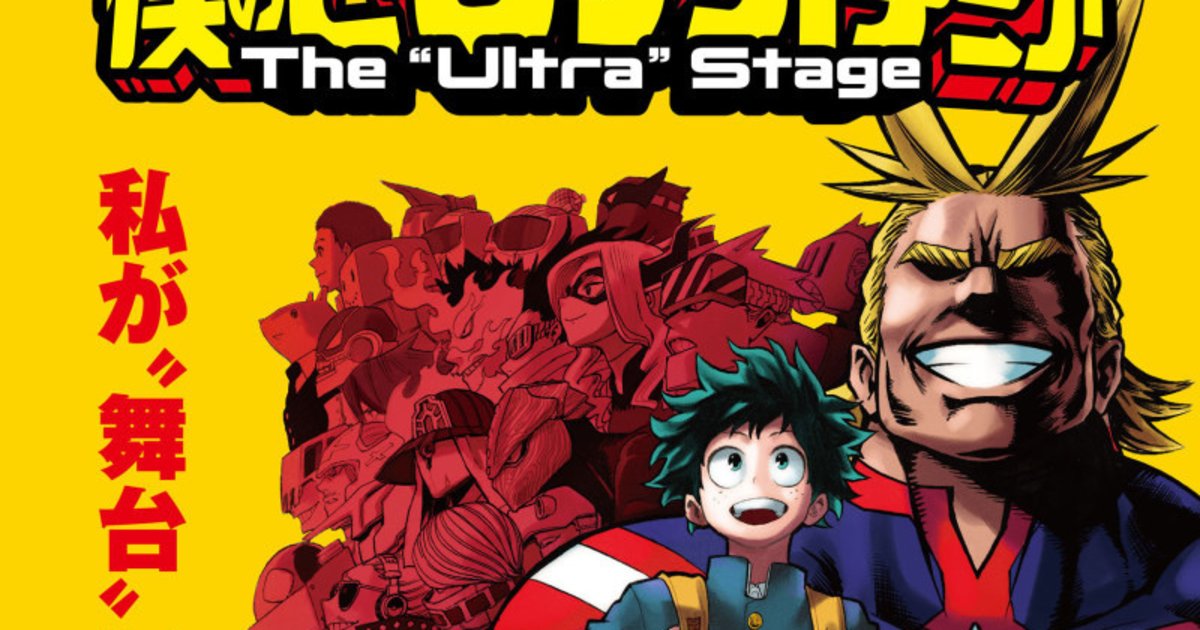 Deku and other heroes (plus villains, of course!) of My Hero Academia will be heading to the stage in the spring of 2019!

The stage play will be titled My Hero Academia: The “Ultra” Stage and will run in Tokyo and Osaka. Motoyoshi Tsuneyasu will direct the stage adaptation with casting to be confirmed at a later date.

Originally created by Horikoshi Kouhei and currently running in Weekly Shonen Jump, My Hero Academia is set in a world where possessing superpowers known as “Quirks” is the norm. The series follows Midoriya Izuku (known as Deku), a Quirkless student of superhero academy U.A. High School. It has already gone through three TV anime seasons with a fourth on its way, plus a movie that premiered to great success both in Japan and in other countries earlier this month.

My Hero Academia: The “Ultra” Stage is slated to run in Tokyo and Osaka sometime in spring 2019.