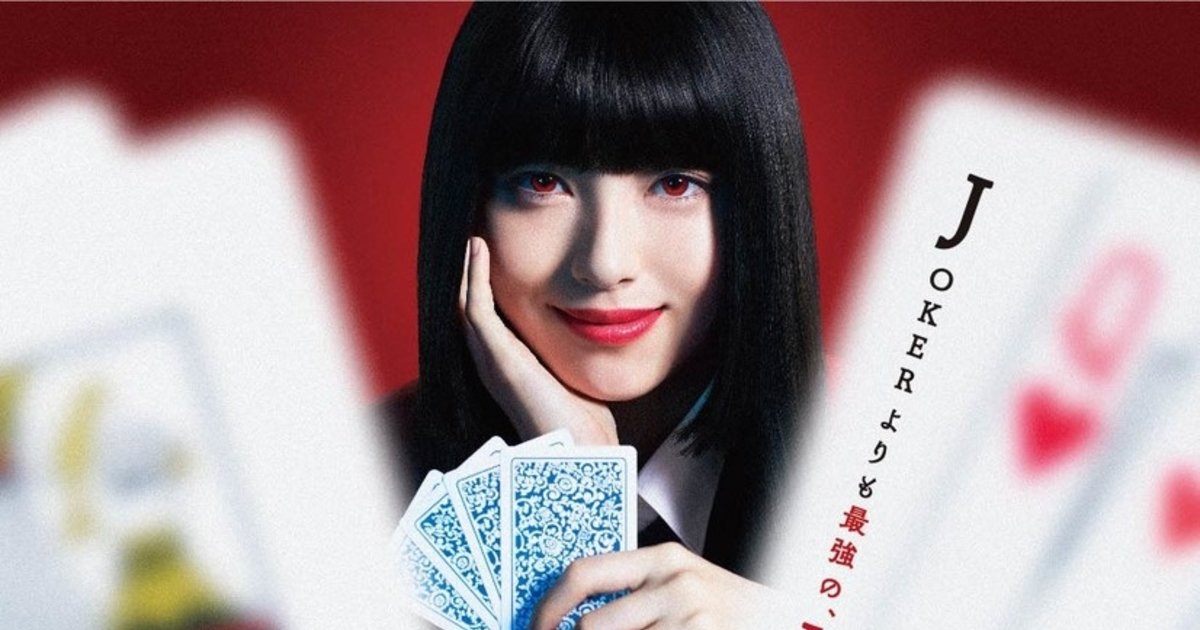 The live action film adaptation of Kakegurui has confirmed a release in May 2019. Along with this, a striking teaser poster was also released, featuring Hamabe Minami as protagonist and compulsive gambler Jabami Yumeko!

The gambling series first hit the scene in 2014 as a manga in Gangan Joker illustrated by Naomura Toru and written by Kawamoto Homura. The series received an anime adaptation in 2017, with a second season to follow, plus a live action drama that ran in early 2018.

Set at Hyakkaou Private Academy, a school where students gamble and manipulate to work their way up the hierarchy, the story begins with the beautiful Yumeko transferring in with her eyes set on being the best.

The live action Kakegurui film adaptation will premiere in May 2019.