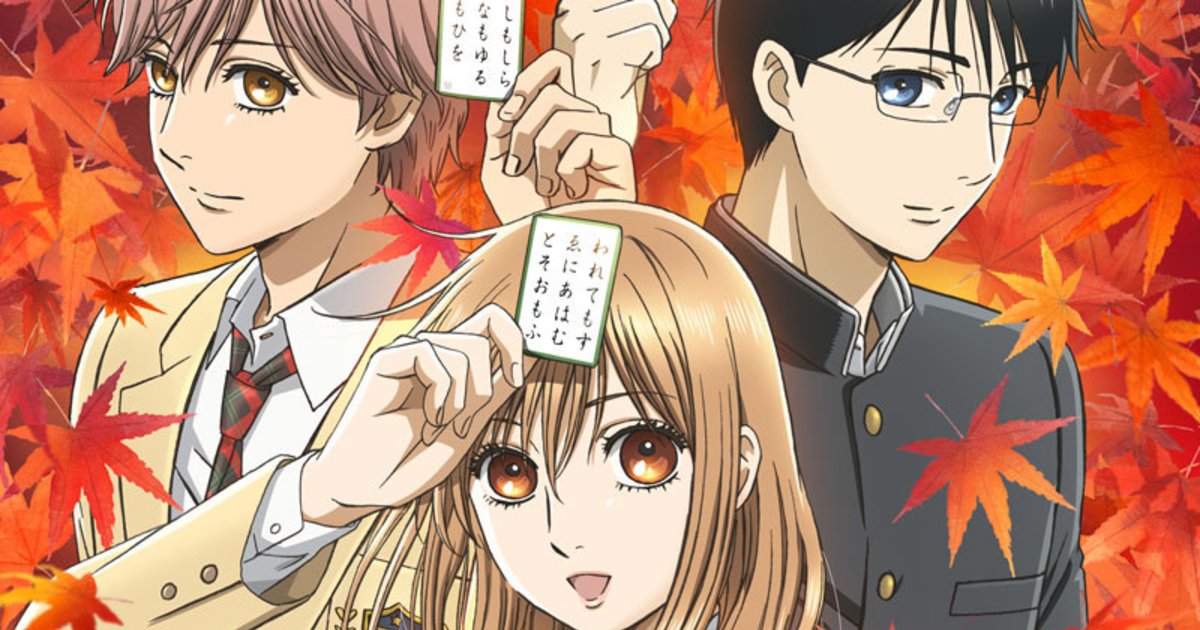 The Chihayafuru TV anime has released a key visual for its long awaited third season!

The visual features Chihaya, Taichi, and Arata surrounded by autumn leaves and holding karuta cards with their innermost thoughts written on the front, neatly hinting at the storyline for the upcoming season.

Based on the popular manga by Suetsugu Yuki, the series follows high school student Ayase Chihaya as she strives to become the world’s best karuta player. The first season of the TV anime aired in 2011, with Season 2 following in 2013. Season 3 marks the long awaited return of the series after a six year absence.