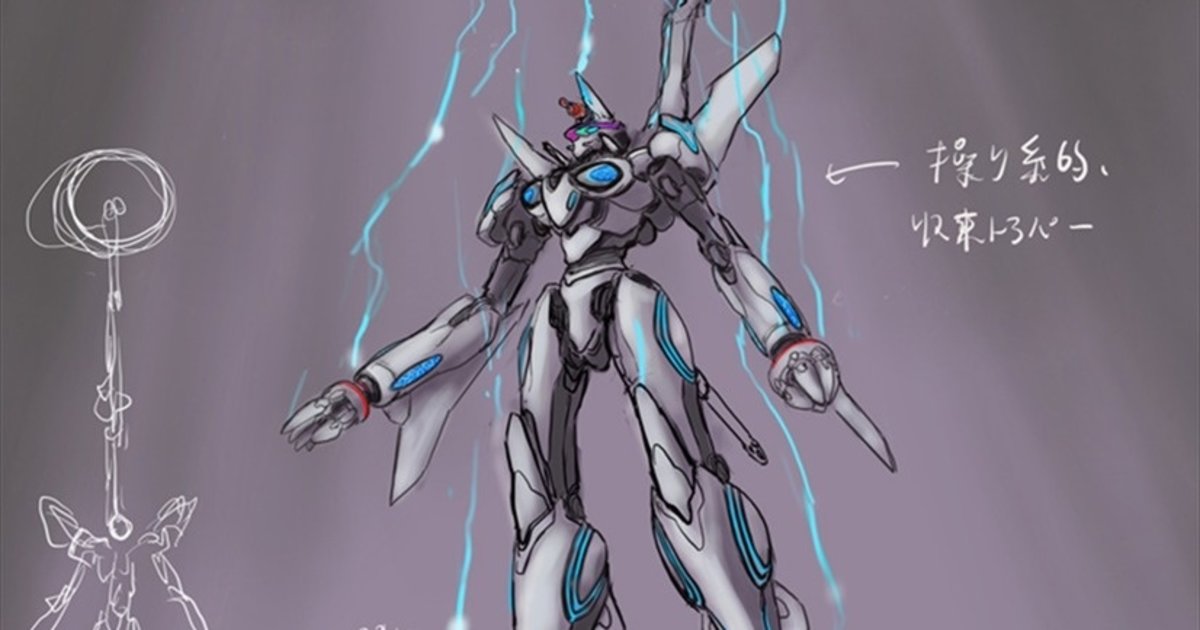 A set of design sketches has been revealed for the reimagined Nirvash X, which is set to appear in upcoming mecha movie Anemone: Koukyoushihen Eureka Seven Hi-Evolution.

Anemone: Koukyoushihen Eureka Seven Hi-Evolution is the second instalment of the Eureka Seven: Hi-Evolution film trilogy. Directed by Kyouda Tomoki, it will focus on the background and purpose of Anemone, a girl who becomes a military experiment to save the world from destruction at the cost of her own self.

The precious documents were leaked by none other than Gulliver, the treasured chubby pet of Anemone. In it were designs by Kawamori Shouji, who handles mecha designs for the series.

As suggested by a previous teaser visual picturing Nirvash X above a city in flames, there’s no question that the mecha has overwhelming offensive abilities. The entire scope of its functionality is not clear, though there is a rumor that it can split off into six different parts.

Unfortunately, Gulliver wasn’t allowed to leak too much, so be sure to look out for the general release of Anemone: Psalm of Planets Eureka Seven: Hi-Evolution on Nov. 10.