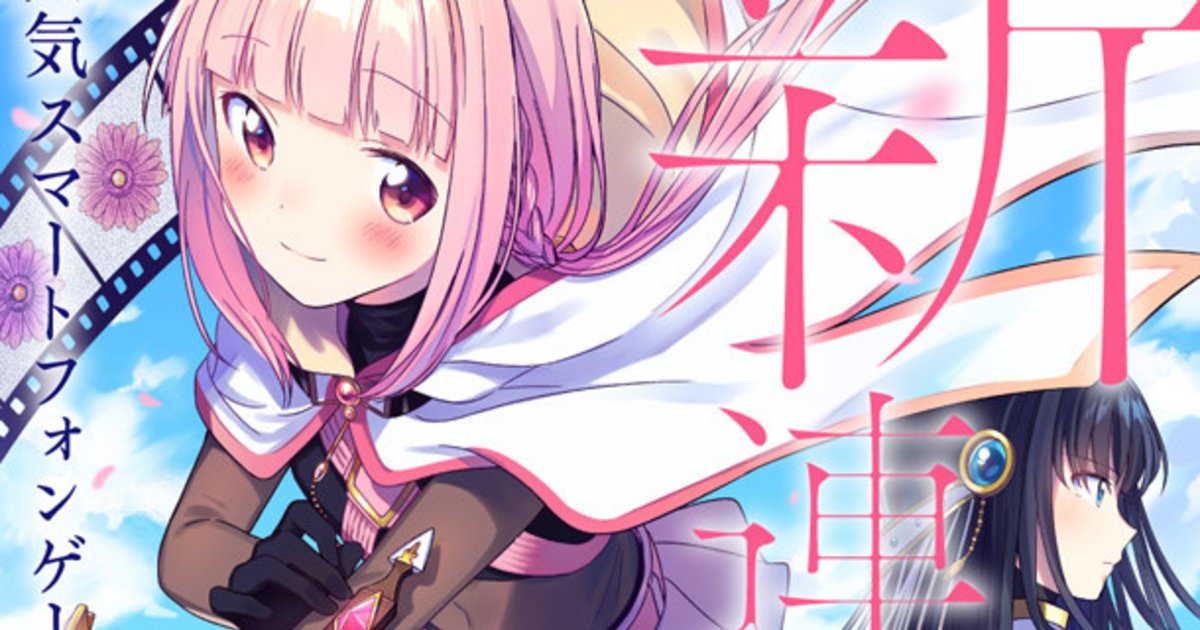 Released in 2017, Magia Record is based on Shaft and Aniplex’s hit anime Puella Magi Madoka Magica. The story focusses on magical girl Tamaki Iroha, who comes to Kamihama City in search of her missing sister. As well as the anime’s original group of magical girls, a number of new magical girls appear in the game.

Illustrated by Fuji Fujino, the manga’s launch was marked by a title page in full color featuring Magia Record original characters Tamaki Iroha, Nanami Yachiyo, and Togami Momoko as well as Kaname Madoka and Homura Akemi from the original anime.